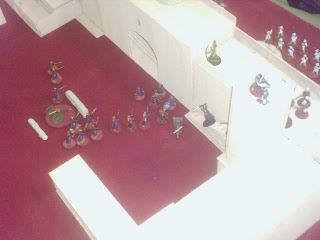 Now the marines,cadets and Deadly Sting have joined up but the sound of drums and bugles of the 1st Fadath Foot are heard from the other side of the wall. 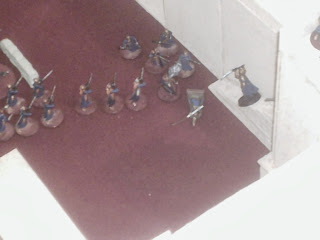 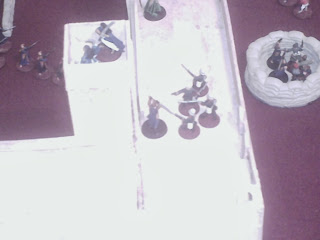 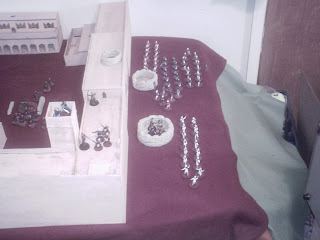 The Fadath 1st Foot come into sight and enter the game. 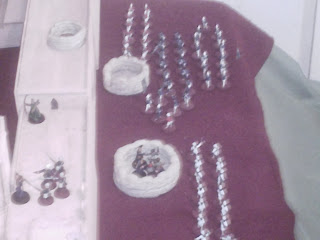 Four companies of freed slave troops of the city's new army make their way to the palace gate. 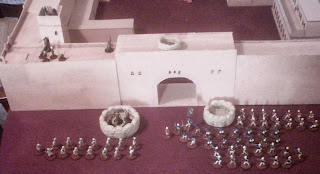 Hope at last for the Princess. 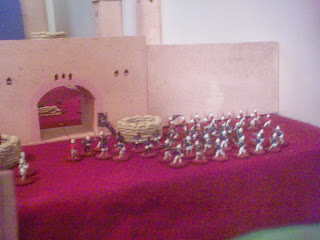 Sections of four companies of the 1st Fadath Foot.The others are still fighting elsewhere in the city against the rebels.


Cossacks 2 Officers 4men at the gate


4 HBTC Guards on the gate


Total of Royalist forces 140  - 60 of which are relief forces. 80 Royalist troops in the palace.

Objective hold the Princess and kill as many traitors as possible or free the Princess until the 1st Fadath Foot relieve Royalist forces.

I commanded the Loyalist forces of Prince Hastuun.
Lee ran the Royalists of Princess Kristyanna.

NB. Poor Lee forgot he had placed more archers in another building within the palace courtyard and never played them. I playing the ‘baddy’ didn’t remind him until after the game,over a port ;)