It had been an unusually hot night and a haze is still visible in the streets. Prince Hastuun looks out from a balcaney in the Old Palace surrounded by his elite body guard. The tension is almost unbearable , like grey hounds in the slips. The faint cry of dockers starting their work on the other side of the canal can be heard on the air mixed with sound of Gashant leather sandals marching on the city roads towards the New Barracks. The gilt of armour can be seen on the city walls and from the tops of guards towers , more than usual in numbers.

All is quiet in the Old Barracks as the orders for Princess Kristyanna’s birthday celebrations have been cancelled. A guard on the roof of the building smiles to himself as he sights the City Levy marching into sight at the far end of the parade grounds near the New Barracks entrance gate. “Silly fools, no one has told them the parade in cancelled” “Slave owning dogs! Get back to your shops and warehouses.” he mutters to himself. Then he looks to the city walls and towers and sees the City Guard forming up facing inwards. “More fools” he thinks to himself and returns to dreaming of owning property in the city once he has completed his service in the Fadath Foot. An Inn with dancing girls a plenty maybe......... “What ,the Royal Armoury Guard marching along the road as well?” “Have they all been drinking this morning or not stopped from the night before?”


In the New Barracks two officers of the Deadly Sting armed with colt revolvers and troops with rifled muskets march down the corridors towards the quarters of the Swift Death. When they reach the main door into the four roomed annex they draw back their hammers look to each other and nod and burst in. No one is there......

At the New Palace troops from “Kristyanna’s Shield” march to the entrance with grave news for the guards on duty.
Troops of the Palace Guard move stealthily across the palace roof tops. Cadets of Army & Fleet Academy move into the New Palace complex. 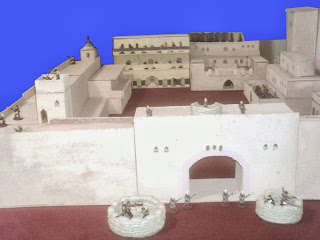 The Army & Fleet officer cadets and Palace but move into position from the roofs and from with the palace.But they are unaware of Royalist troops are within the walls too. 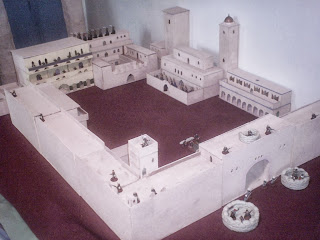 Prince Daanyo has moved his  Swift Death band and the small number of Dooms End troops from the New Barracks to the palace during the night suspecting 'rum goings on' after the parade was cancelled at the last minute.He has gone to his sister in law quarters to relay his worries. 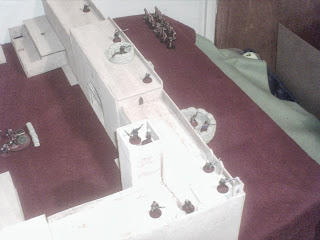 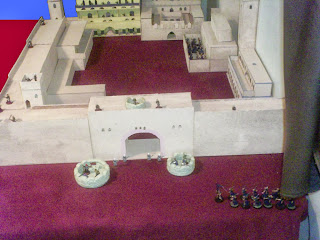 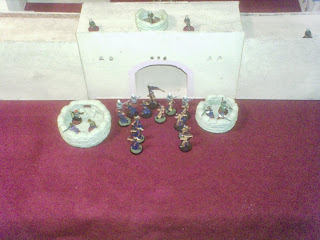 The signal is given and the assult begins on the New Palace gate. 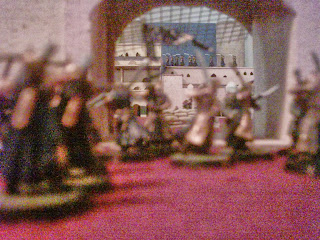 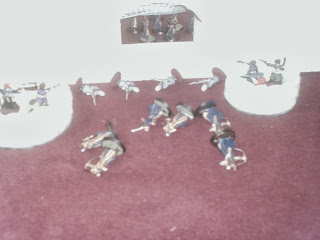 The assult is a bloody one as the Cossacks fire from their secure positions. 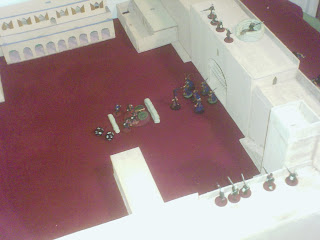 Kristyaana's  (Gisra's )Shield Break through the gate way.Only to find a nasty suprise! 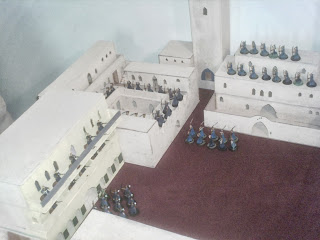 The Swift Death & Dooms End break from cover and assult the Palace Guard and the Deadly Sting. 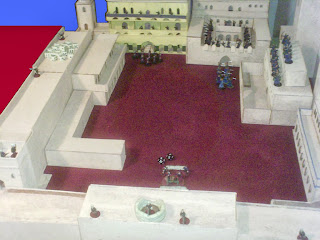